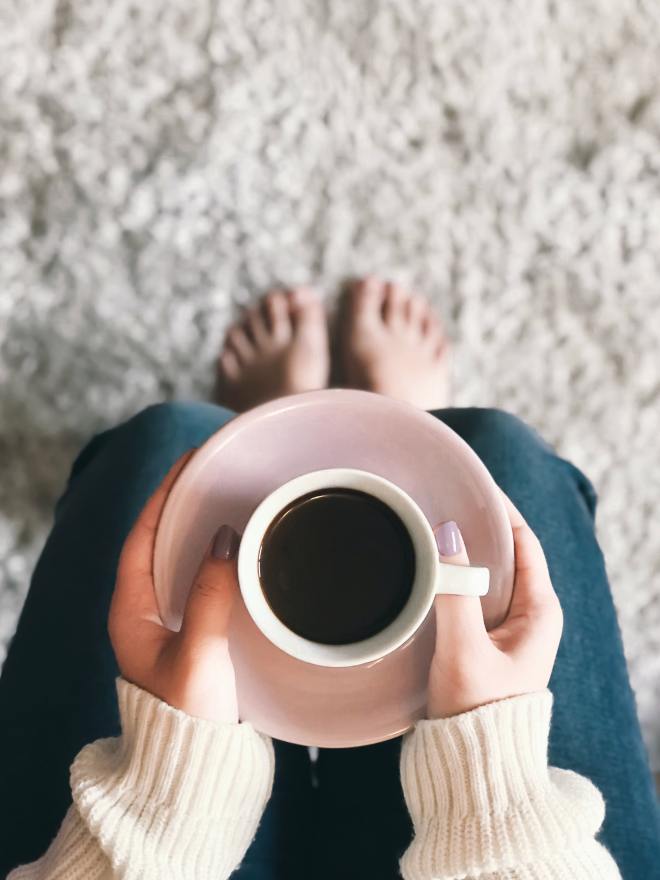 It’s Wednesday, and that means 5 Minute Coffee Corner day – yay! It’s cold, grey and rainy here in Stockport and has been for the last few days. How the weather can go from being so hot a few weeks back, to now feeling like I need to drink endless hot drinks and put my heating on just to be able to work is beyond me. I mean, it’s not fully beyond me, it’s surely something to do with global warming! But it never fails to surprise me, is what I mean.

So, what have I been up to for the last week?

The Existence of Amy

As I mentioned last week, I was kindly gifted a copy of this book in exchange for an honest review, and I am so grateful for this as I really enjoyed reading it (and I’m also glad that I didn’t have to go back and tell the author I hated it!). Lana Grace Riva has done an outstanding job of portraying life with a mental illness (in this case Obsessive Compulsive Disorder and Anxiety/Depression). Throughout the whole book, I felt like I wanted to wrap my arms around Amy and give her a huge hug (although really, that would be the worst thing to do to her). The story was written in a way that was digestible and especially relatable for anybody who has suffered from this illness (I would expect, anyway!). I couldn’t help but feel so desperately sad for Amy who was merely existing whilst being enslaved in her own head by OCD. There’s a reference in the book about how OCD isn’t just ‘checking you’ve locked the door over and over again’ (or something of that sort), and I loved this because I really detest when people seem to throw about the words ‘my OCD’, like it’s just an inconvenience to their life as opposed to what it really is. This book was a great portrayal of genuine OCD. I feel the book could have gone deeper into detail at times and I would definitely welcome more insight into Amy’s past (and also her future – I’d love a follow up story!), but overall, it was a great read and I’d really recommend it if you have an interest in mental health.

I also mentioned in last week’s post that the cover felt a little academic textbook-like. As I read through the book I couldn’t help but think there must definitely be intention behind this, and I wasn’t wrong. Having fed this back to the author I actually found out that there are 2 reasons! The first is that on her other book ‘Happier Thinking‘, the lines on the cover are perfectly horizontal to reflect balance, whereas on this book they’re sloped to reflect a more fragile and unstable existence – I love this philosophy. And the second reason was as I suspected, to reflect the emptiness of Amy’s existence. I thought it was a beautiful way to capture the essence of the book, even if it wasn’t obvious before reading.

WE ARE ON THE FINAL SEASON OF LOST!!! I found myself asking James if this ever won any awards, which I have since researched and found it did (you can find out exactly what awards here if you’re so inclined). It has been a rollercoaster, that’s for sure, and I find myself forgetting I’ve actually already seen it once. Still, 10 years is a long time and I’d forgotten a lot, so it feels like I’m watching this for the first time. We’re on the final season and I can’t help but marvel at the show, and whilst very farfetched and unbelievable at times, the creativity in this entire series is outstanding. I love watching things that leave me astounded by the fact that what I’ve observed has actually come from somebody’s brain, and that’s exactly what Lost does for me. Let’s see if I’m still saying the same thing next week when I’ve watched the finale!

I am sure there must be a word for this sensation (and if you know it, please tell me! I appreciate ‘pathetic fallacy’ exists but I don’t think that’s exactly what I mean), but sometimes the music I feel like listening to matches the weather outside and as a result, my mood. I realised that this had happened when I looked at the songs I’m sharing this week and noticed that there’s a recurring theme of feeling melancholic and a little grey throughout, much like the weather for the last week! I wouldn’t say sad as such, just a little grey.

This is one of my favourite songs that has ever been created. I love Fleetwood Mac so much, and this one is a truly beautiful song. It’s one of those songs that I play fairly regularly, then might forget about for a little while before coming back to it and getting to experience the joy of its beauty all over again. I’d recommend to take a listen if you don’t know it already. There are plenty of interpretations out there about its meaning but I would say the overarching one is about life’s fragility and uncertainty, and moving forward in times of uncertainty.

Kelly Clarkson – Behind These Hazel Eyes

I saw a tweet on Twitter that featured the words ‘hazel eyes’ and I suddenly remembered the Kelly Clarkson song that was big when I was a teenager. Sometimes I just forget a song exists and then am brought back to it. A lot of my friends loved her, but I was never really a huge fan of Kelly Clarkson. It’s not that I disliked her or anything, I just never really actively listened to her. I found myself listening to this song and remembering being a teenager and thinking that my biggest worries were friendships, boys and growing up. There’s a delightful naivety to being young, I’d love to go back to my teenage self and show her that what lay ahead was better than she could ever imagine.

As I listened to the previous song, I remembered about a beautiful song I heard a few years back, that was also by Kelly Clarkson. I think the first time I saw it she was performing on a show like American Idol, and I was taken by her beautiful performance and the fact she became visibly emotional. I thought it was strong and inspirational of her to stand on TV in front of millions of people to sing a song she wrote and then visibly cry whilst singing it. It’s a song about the father who left her when she was a small child, and about how her stepfather stepped in and took care of her. It’s honestly a beautiful song with poignant lyrics and I still get goosebumps whenever I listen to it.

That’s all from me this week!

I hope you have lovely weeks ahead wherever you are in the world, and here’s hoping the weather in Stockport/Manchester at least improves a bit over the next few days!