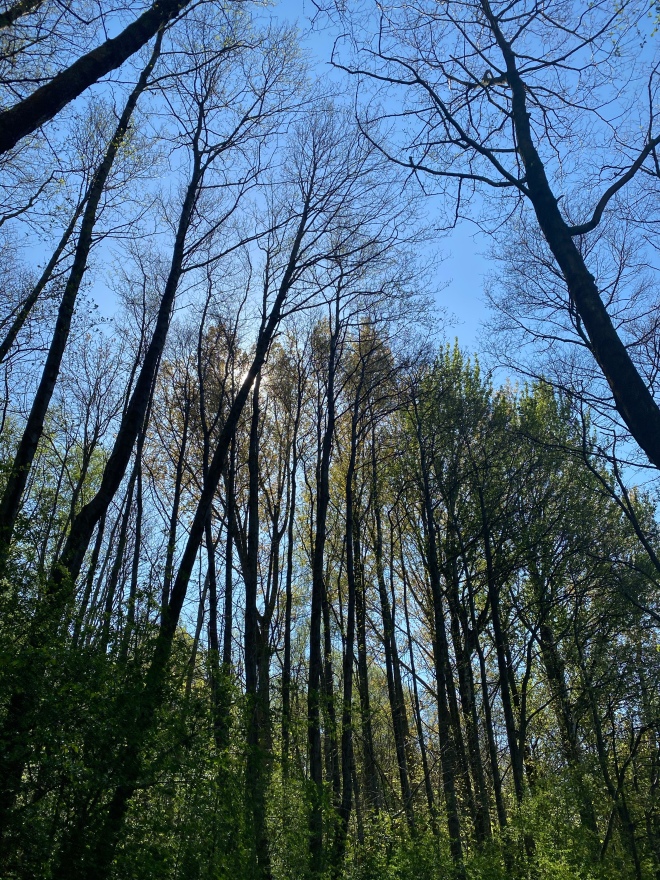 Wow. What a difference a week makes. I feel like a virus (excuse the irony) has invaded my brain this week, taken away all my positive thinking and mindset from last week and replaced it with anger, frustration and general moodiness. So, I’m going to let it all out here, as quickly as I possibly can, and then I’m going to climb back on the positivity horse, gallop away and pretend this blog post never happened. Writing is the best therapy after all, right?

So, let’s get straight to it shall we? What could have riled me so badly and instigated my general despair this week? The answer is simple – people. Is anybody else losing a little faith in humanity through this pandemic? I actually began losing it before ‘this’ was even really a thing – when people began hoarding toilet rolls and behaving like we were on the verge of an apocalypse (post here). I couldn’t comprehend how so many people could be so selfish and inconsiderate towards others, when there wasn’t even any evidence of how this thing was going to go.

Now, the situation is vastly different. We have a worldwide pandemic on our hands, but one thing is the same – people are still behaving despicably. Last weekend, I read that almost 500 house parties were shut down by police across Greater Manchester. House parties. During lockdown. Families are separating left, right and centre, whist vulnerable people are stuck inside their homes unable to leave to even buy food. Many people are struggling but doing what’s necessary and following the rules in order to get through this pandemic in one piece, keeping not only loved ones but as many people as possible alive and safe. All the while, these absolute idiots are having a fucking rave?! I’m not even sorry for the profanity, it’s abhorrent behaviour (OK – kind of sorry for swearing, especially if you’re reading this Nan!).

On the opposite end of the scale, you’ve got the Facebook police, calling people out for supposedly doing things they shouldn’t be doing. I heard about an NHS worker who was working 12+ hour days and isolating away from her family by residing in a caravan, who had her car tires slashed because somebody took it upon themselves to punish her for taking what they deemed as ‘non-essential’ travel. They assumed she was having a holiday. I saw somebody being policed for how much food they were buying and being accused of being greedy, when in actual fact they were shopping both for themselves and for an elderly neighbour who can’t leave the house. Again, somebody assuming something and taking it upon themselves to issue a punishment. I just despair!

I know, I know. There are so many good things going on right now and so many good people and things to restore my faith in humanity. Of course I know that – I wrote a post about it just last week (see here). In my rational brain, I know that I’m being swept up in the tornado of despair and general bleakness that social media can bring. But it’s all just gotten a bit too much for me to handle this week. I think it’s time for a social media detox, though I might just get rid of Facebook and Twitter. My Instagram feed is full of yoga, mindfulness and general niceness, so I’ll probably keep that.

I’ll end on a slightly more positive note. I’m not proud of the way I’ve been thinking this week, but I need to acknowledge it, reflect on it and take action to ensure that I change my thought processes moving forwards. Interestingly, what I’ve noticed this week is that whenever I’ve been enveloped in an especially negative state, it’s been the simple things that have brought me out of it. I’ve found solace in taking a break from my phone (my usage of which, by the way, has increased during this pandemic according to my ‘Screen Time’ app). I’ve found respite in the incredibly blue sky that we have at the moment, the blossoming trees and smell of fresh air. I’ve enjoyed taking a 5 minute break from life to watch the birds pottering about in my garden, eating the food I’ve put out for them and tweeting happily. It’s important to remember my mindfulness practice, now more than ever, because it’s during these times that I’m feeling angry, pent up and infuriated that I need to actively take a minute to readjust, check in with the present and remember that they’re just reactions and I can control them.

I do apologise for this negative post, I really do. It’s not like me to share negativity; as a general rule of thumb I won’t do it at all on social media. But I feel that I need to share the bad as well as the good, in an attempt to authentically document my time in quarantine. I hope I haven’t made your day feel too lousy, and I assure you I’ve now released my anger and am back to being calm, non-aggressive and mindful. It might be the release through writing, or it might be the red wine I’ve consumed. Who knows?

See you next week!