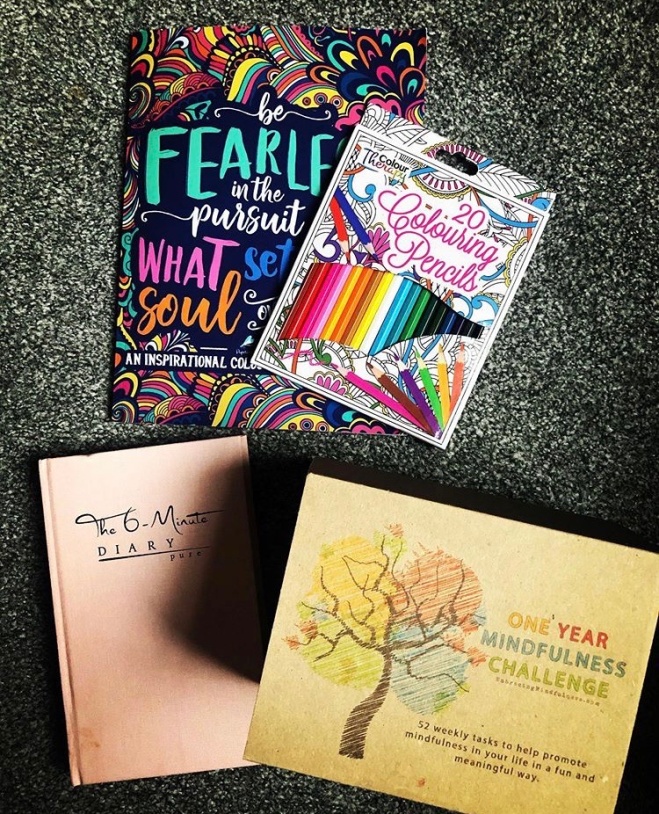 A Year of Mindfulness – Background

For Christmas 2019, my in laws decided that because there is quite a lot of us, it would be a good idea to do ‘Secret Santa’, where we would pick one name out of a hat and bought only that person a gift (excluding the kids of course – don’t worry, they still got spoilt!) The idea was that by doing this, we could spend a little more on one person and get a better gift, rather than stressing about buying everybody a gift, stretching funds and ultimately spending less on each person. As somebody who finds buying gifts at Christmas a stressful affair, I thought it was a great idea and I was thoroughly up for it.

Fast forward to Christmas and I opened what can only be described as the most ‘me’ gifts imaginable. A load of beautiful and colourful gifts, all dedicated to mindfulness, thanks to my wonderful brother-in-law who clearly knows me incredibly well. One of these gifts was a beautiful jar of notes, known as the ‘One Year Mindfulness Challenge – 52 weekly tasks to help promote mindfulness in your life in a fun and meaningful way’ (you can purchase it on Amazon here). The idea is that each week, you take a note from the jar and action it for the rest of the week, with the intention of living a more mindful life. I found the idea of having to conduct a task with the intention of improving well-being, yet not knowing anything about the task week on week enticing, and I couldn’t wait to get started.

I’m almost at the end of my first month doing the challenge, and after the very first note I realised that I think this challenge is going to change my life for the better, and that I would like to document it. And what better place to document it than here? So from now on, every week I’ll be posting at the end of the week what the challenge was, what I did and what I’ve learnt. It’ll mean that I am forced to write more often, which is on my 30-by-30 to do list (post here), so win win!

Who knows? Maybe you’ll be inspired to do it too!